The framework of the Project is based on the studies originally started by the Department of Old Church Slavonic Studies of the Institute for the Serbian Language of SASA. The establishment of the Department was associated with the initiative of the International Committee of Slavists (1958) to undertake the preparation of a general dictionary of the Old Church Slavonic language. Soon thereafter, the federal project entitled Dictionary of Pan-Slavic (Old Church Slavonic) Literary Language was launched in Yugoslavia in 1961; it was planned to entrust the compiling of the dictionary to relevant nstitutes or the corresponding departments of language institutes in the Yugoslav republics. In Belgrade, at the Institute for the Serbian (at that time ‘Serbo-Croatian’) Language, such a department was established as late as 1969, after Dimitrije Bogdanović had been appointed as its head and Dimitrije E. Stefanović had been employed as a researcher. The initial corpus consisted of New Testament texts – first of all, Miroslav’s Gospel (12th century), and the lexicographic work was accompanied with a wider study of the most important Serbian written monuments. Since 2007, the project has also been focused on compiling Serbian materials for the Comparative Index towards the Dictionaries Produced under the Commission for Old Church Slavonic Lexicology and Lexicography at ICS.

The framework of the Project is based on the studies originally started by the Department of Old Church Slavonic Studies of the Institute for the Serbian Language of SASA. Following the initiative of the International Committee of Slavists (1958), the federal project entitled Dictionary of Pan-Slavic (Old Church Slavonic) Literary Language was launched in Yugoslavia in 1961; it was planned to entrust the compiling of the dictionary to relevant institutes or the corresponding departments of language institutes in the Yugoslav republics. Such an institute was founded in Zagreb (1952), whereas the Department for the History of the Macedonian Language was established parallelly with the Institute for the Macedonian Language (1953). At the same time, there was no such institute, or at least a department at the Institute for the Serbian (at that time ‘Serbo-Croatian’) Language, in Serbia. In this formal federal project, Serbian scholarship was represented by Petar Đorđić. However, due to staff-related and organizational problems associated with the society’s negative attitude towards the Old Church Slavonic heritage, the study in this area was undertaken with a delay. Dimitrije Bogdanović was appointed as the first head of the project, whereas the work was actually undertaken in 1969, when Dimitrije E. Stefanović, an Old Church Slavonic scholar originating from Szentendre, was employed as a researcher.

Several generations of researchers worked at the Department. Along with D. Stefanović, Nikola Rodić († 2003) and Gordana Jovanović left the deepest mark. Apart from Dimitrije Bogdanović († 1986), the work of the Department was influenced by the ideas of Academician Mitar Pešikan († 1996), Irena Grickat († 2009), and then Đorđe Trifunović, who founded the Seminar of Old Church Slavonic Studies at the Faculty of Philology in Belgrade and was the head of the project based on new principles (2003–2004).

According to Dimitrije Bogdanović’s instructions, the first activity to be undertaken was the extraction of terms from Miroslav’s gospel, relying on Codex Marianus and other Old Church Slavonic Gospel books. This was followed by the additional extraction of terms from Vukan’s Gospel and other important Serbian Gospel books – a total 25 books (12th–16th centuries). This work resulted in a corpus including more than one hundred thousand lexicographic cards.

Late in 1976, the Apostolos of Matica srpska was subject to lexicographic extraction, after which terms were also excerpted from other sources – a total of ten Apostoloi (13th–14th centuries). The lexical corpus extracted from Apostoloi included fifty thousand cards.

Cards for a Greek index were written out parallelly with the cards based on Old Serbian Church Slavonic terms.

During the renovation of the SASA building, when a part of the Institute was moved to the neighbouring building (in Đure Jakšića Street), the Apostolic part of the New Testament corpus was lost, due to which the researchers within the Department were forced to focus on the remaining materials extracted from Gospel books.

Mitar Pešikan designed the concept for the Serbian-Slavonic Gospel Dictionary and other associates joined him in this venture. After a pause that had lasted for several years, the different approaches developed in the meantime were harmonized, the list of sources was extended to 35 (42, including fragments) and the materials extracted from Apostoloi were partially reconstructed. In 2007, Srpskoslovenski rečnik jevanđelja. Ogledna sveska (Serbian-Slavonic Gospel Dictionary: Pilot Issue) was published (compiled by V. Savić, edited by G. Jovanović, Biblioteka Južnoslovenskog filologa 23).

As the aforementioned international project that had sought to compile the Dictionary of the Church Slavonic Language had not come to life, in the following period, it was undertaken to compile dictionaries for individual recensions. Since 2007, they have been merged into the Comparative Index towards the Dictionaries Produced under the Commission for Old Church Slavonic Lexicology and Lexicography at ICS.

Materials for the Gospel dictionary and the general recension dictionary are sent to the representatives of the Commission. The indexes have been completed up to the letter O (in the Serbian medieval orthography Ѡ-). Both indexes are incorporated under the reconstructed Old Church-Slavonic entries in the Comparative Index, where they are presented together with the Old Church Slavonic evidence, as well as Croatian, Macedonian and Russian Church Slavonic materials.

The first volume of the Comparative Index has been published. It covers one-quarter of the total corpus: Sporedben indeks kon rečnicite obrabotuvani vo ramkite na Komisijata za crkovnoslovenski rečnici pri MKS, I (A–Z) (Comparative Index towards the Dictionaries Produced under the Commission for Old Church Slavonic Lexicology and Lexicography at ICS, I (A–Z)), ed. by Zdenka Ribarova, Skopje: MANU, 2015, 818 pages.

On the occasion of the 60th anniversary of the Institute, the Department of Old Church Slavonic Studies organized, with the support of the Serbian Academy of Sciences and Arts, the international conference Standardization of the Old Church Slavonic Cyrillic Script and Its Registration in Unicode, Belgrade 2007. Two years later, SASA published the eponymous proceedings of the conference (edited by G Jovanović, J. Grković-Major, Z. Kostić, V. Savić, Naučni skupovi SANU, knjiga CXXV, Odeljenje jezika i književnosti, knjiga 20, 2009).

On the occasion of the 1150th anniversary of the Great Moravian Mission, an edited volume was prepared in honour of the Thessalonian Brothers: Sveti Ćirilo i Metodije i slovensko pisano nasleđe (863–2013) [Sts Cyril and Methodius, and Slavonic Written Heritage (863–2013)], Belgrade, 2014. This was the first publication in the Institute’s newly established series entitled Old Church Slavonic and Serbian Heritage (edited by J. Radić, V. Savić).

The book presents a monographic study on the bibliography of Serbian scholarly publications dealing with the work of Sts Cyril and Methodius: Prilog bibliografiji domaće ćirilometodijevistike [Contribution to the Bibliography of Serbian Studies on Cyril and Methodius], in Sveti Ćirilo i Metodije i slovensko pisano nasleđe (863–2013), 447–542 (A. Golubović, V. Savić).

The Department of Old Church Slavonic Studies played an important part in organizing the international conference to celebrate the 900th anniversary of the birth of Stefan Nemanja: Ruler, monk and Saint: Stefan Nemanja – Venerable Simeon the Myroblite and Serbian History and Culture (1113–1216), Belgrade – Studenica – Podgorica – Nikšić, 2014.

The Department’s researchers significantly contributed to the preparation of the fourth book Zakonik cara Stefana Dušana [Code of Emperor Stefan Dušan], edited by K. Čavoški, Đ. Bubalo (Odeljenje društvenih nauka SANU, Izvori srpskog prava IV, Beograd 2015). Along with the preparation of individual manuscript copies of the Code for publication, the Glossary and the Index of the Later Recension of the Code of Emperor Stefan Dušan (V. Savić, Đ. Bubalo, 597–652) was prepared.

The Department has prepared for publication some of the most important Serbian medieval written monuments, Gospel books and Apostoloi: 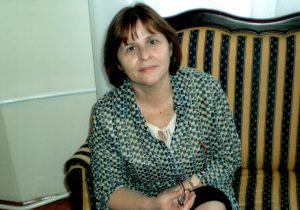 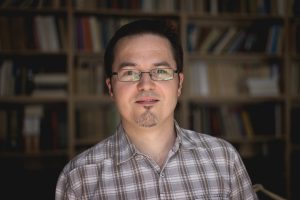 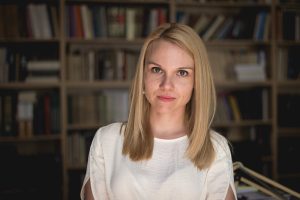