The project Etymological Research of the Serbian Language and Compiling the Etymological Dictionary of the Serbian Language is implemented at the Institute for the Serbian Language of the Serbian Academy of Sciences and Arts under the supervision of the Committee on Etymology at the Department of Language and Literature of the Serbian Academy of Sciences and Arts. This is a long-term venture, the importance of which goes beyond the boundaries of the local scholarship and culture. The ultimate goal of the project is to elucidate the origins and history of all the words in the Serbian language, both literary and vernacular, recorded since the beginnings of its written history. The current activities are focused on the thesaurus-type (comprehensive) Etymological Dictionary of the Serbian Language, which seeks to compile and describe, in many volumes, the entire corpus of dialectal and historical materials; as well as on the Concise Etymological Dictionary of the Serbian Language, where the lexemes that make the basic vocabulary corpus will be covered in two volumes. Seeking to reveal the etymology of a word is a complex and demanding endeavour, which involves the necessary groundwork of collecting the dialectal and historical evidence of the word and all of its interpretations so far provided in the secondary literature. Along with the knowledge of old and modern languages, this requires an extensive knowledge of comparative historical linguistics, diachronic philology and dialectology, as well as some non-linguistic disciplines. In order to meet these requirements, the project team is versatile, covering a broad range of research profiles, and bringing together experts in Indo-European studies, classical philologists, Orientalists and Balkan studies scholars, along with Slavicists. Their joint work aimed at compiling the two dictionaries has been accompanied with rich individual research output, which includes a large number of studies published as monographs, journal articles and contributions to edited volumes. 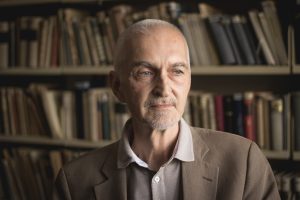